"If you ain’t a gardener, you ain’t gangsta."
- Ron Finley 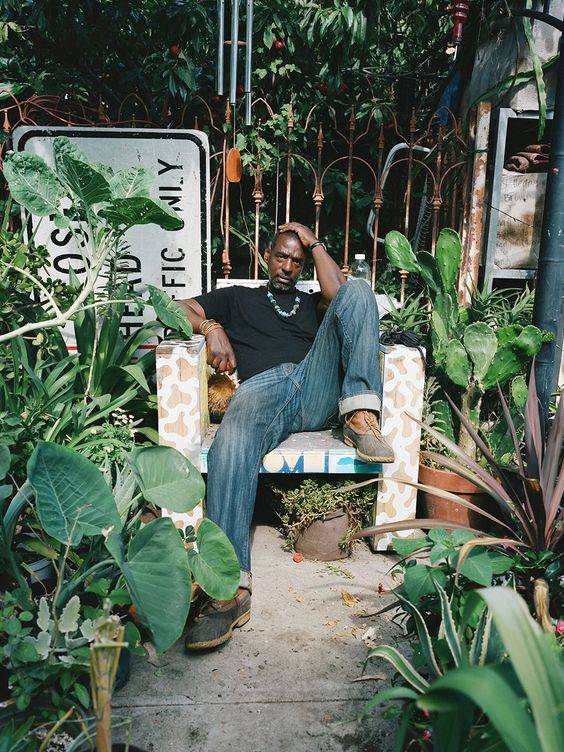 Ron Finley also known as “The Gangsta Gardener” is an artist, designer & gardener, based in Los Angeles.

Ron Finley serves the community by teaching people the power of growing your own food.

Growing up in the ‘food prison’

As a child growing up in the Central Los Angeles, Ron Finley was familiar with the areas’s lack of fresh produce and did not want others to be forced to drive 45 minutes just to get a fresh tomato.

In 2010, he sets out to solve the problem by planting vegetables outside his front door, in the curtsied dirt next to his home. After being cited for gardening without a permit, Ron fought back by demanding the right to garden and grow food in his neighbourhood. The former fashion designer planted a vegetable garden on a 10 x 150-foot-long barren strip, parallel to his property, between the curb and the sidewalk on Exposition Boulevard.

“Planting gardens aren’t just positive for the environment… It creates social justice, it helps build people’s minds and it shows people how to be free.”

In 2012, he launched the Ron Finley Project, a nonprofit organisation that transforms urban food deserts into interconnected community edible gardens.

Ten years later and he has helped create dozens of community gardens in unused spaces around Los Angeles. He has travelled widely talking about his work, including a Ted Talk watched by 3.5 million people. He likens his work to graffiti, describing Mother Nature as the greatest artist out there.

His gardening Masterclass course launched last spring during lockdown brought him even more attention. Suddenly everyone wants to learn how to grow their own food. 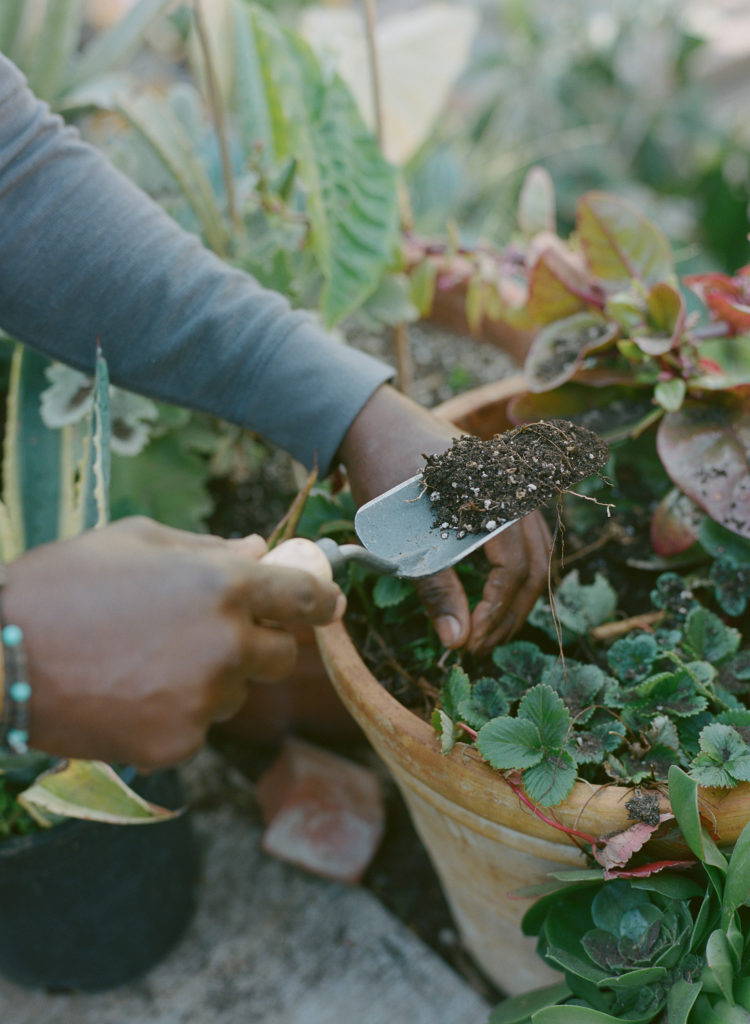 “To change a community,” Finley says, “you have to change the soil.”

Today, that statement is more relevant than ever. It’s clear to many Americans that our traditional structures and systems, from health care to law enforcement and environmental regulations, are broken and need to be fixed or reinvented. From a young age, Finley had to navigate a system that did not work for him, both because of his skin color and because he was dyslexic.

One of his most important life lessons was understanding that, “instead of looking at what something is you have to find the possibility of what it can be.” He dislikes the word “hope” and explains, “that word to me means believing in Santa Claus and that M&M’s will come to life.” Instead, Finley believes in searching out opportunities wherever one looks, whether that means turning a barren city lot into a fertile garden or a pile of trash into art.

“People looked at my garden like ‘your little hobby’ or something, now people realise this is no damn hobby, this is life and death. This is our revolution,” says Finley.

For Finley, gardening is a metaphor for a more humane, more sustainable way of life. “Growing food is a life skill,” he says, adding that it is also a political act. “What’s more simple than getting a seed and putting it in the ground? There are so many lessons in that one action. In fact, I believe that schools should be planted in gardens and the garden itself could be the teacher.”


Finley’s logic is that if enough people follow and sow healthy seeds in the ground, healthy infrastructures and resilient communities will grow. “Planting gardens aren’t just positive for the environment,” he contends. “It creates social justice, it helps build people’s minds and it shows people how to be free.” 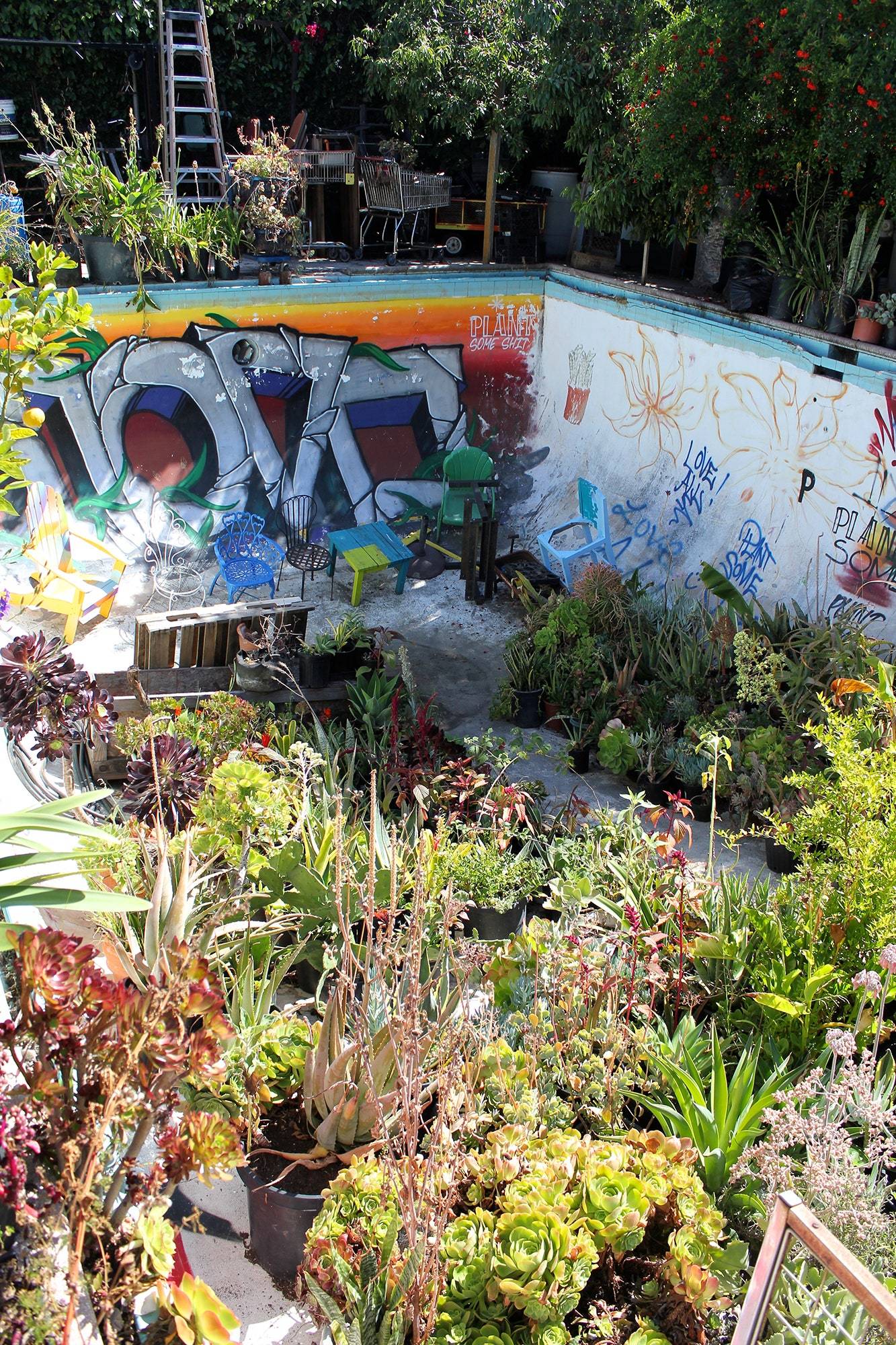